Skip to content
Another day another over priced restaurant opens up in the centre of Cambridge clearly aimed at tourists with more money than sense. 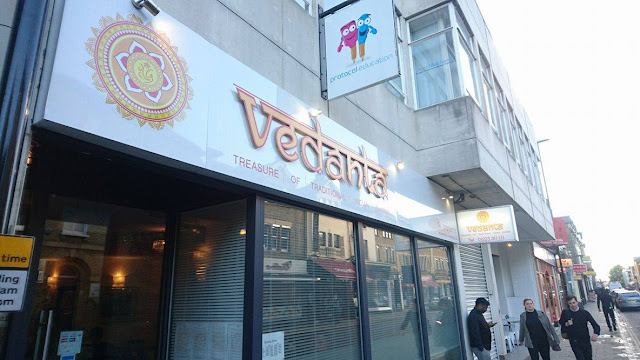 Vedanta, located on Regent Street, is a more traditional Indian restaurant from the usual British Indian/Bangladeshi style we are used to seeind. Similar to other more authentic Indian establishments such as Cocum on Castle Street or The Rice Boat in Newnham. Upon entering we were seated in the middle of the restaurant, which gave us the perfect opportunity to look at the interior decorating. The place looked clean and modern. It stayed true to its Indian heritage with traditional pictures and art work scattered across thre restaurant, though it lacked any warmth of character in my opinion. The tables and chairs were quite small which proved uncomfortable for a man of my height. 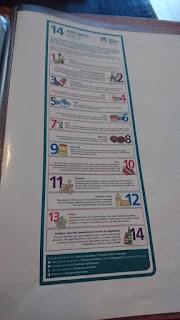 Looking at menu we noticed how horrendously over priced it was for drinks. A pint being just under a whopping £5. There was little choice too when it came to drinks, with Cobra being the only one on tap. There were options for bottled beer but they were very expensive. A bottle of beer, which is well under a pint, came to £4.50. It wasn’t all bad however, I was very impressed with the menu’s allergy guide. 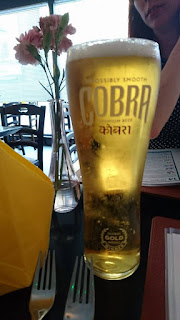 The food menu too was limited but prices were about average for the type of Indian cuisine on offer (floating around the middle of Cocum and The Rice boat on numerous dishes). We decided to order a Masala Dosa for starters, a Nalli Gosht and Daal Tadki with rice.
It was when we ordered the food we realised why the restaurant was such bad value. Not for the price itself but for what you get once you have ordered… 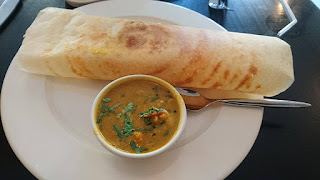 The Masala Dosa came out first, being the starter. We were given a curry sauce as a side dish. The pan cake coating outside the mashed potato was very thin and felt like a bit of a cop out. As we ate in to it we noticed that the potato was also lacking. I felt quite unfulfilled, though the food itself taste ok. 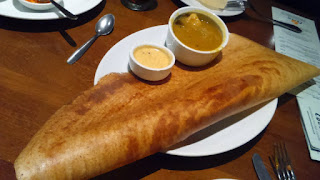 Here is an example of the Masala Dosa from Cocum. Much bigger, thicker, tastier and much more packed. Take note Vedanta! 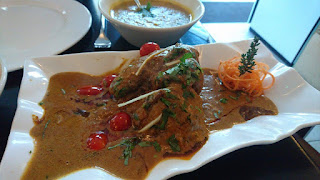 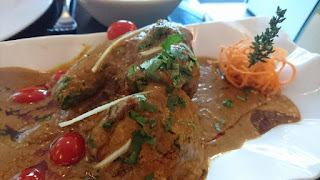 The food was brought out quite quickly, (something I am often suspicious of) but ended up being very good. The Nalli Gosht looked sublime. It was scattered in cherry tomatoes and herbs which made the dish look very exciting. The lamb just fell off the bone. The sauces was rich and full of flavour and was certainly a winner for me. 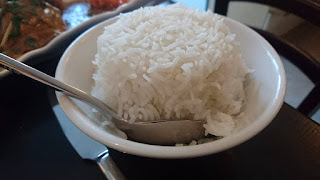 The rice was a mere £2. Something I was surprised about considering the cost of the rest of the menu, but when it came out we realised why, the portions were measely. 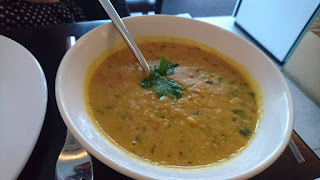 My girlfriends Dall was very nice. It worked well with the rice and had a very rich and creamy texture. Portions were about average but the dish wont win any awards. Maybe I have been spoiled by the quality at places like The Rice Boat or Dishooms, but it served us well. 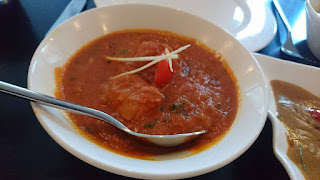 The bombay aloo was top notch. It came out as more of a potato curry than anything else, just smaller. It was a great addition to our meal and bulked things out well.
The staff here was quiet, shy and very polite to the point they were almost afraid to talk to us. Not necessarily a problem but hardly warm and welcoming. I would say it matches the cold and plain interior decorating of the establishment.

Maybe I am being too hard on Vedanta. From the moment I walked in I didn’t enjoy the look or feel of the place. The whole restaurant rubbed me up the wrong way and is clearly aimed at the tourist class of customers with more money than sense. If you know your Indian cuisine you can find much better restaurants in the area for a similar price.

That being said, they do a couple of really decent dishes here and are one of the only Indian restaurants to offer the more traditional cuisines for a couple of miles in each direction.