Skip to content
We have recently finished our tour of the Indian restaurants scene down Mill Road after being on a mini quest to find out which one on the famous street of culture and diversity is king.
Naturally its quite a hard thing to determine considering how many different factors there are in making a fine Indian restaurant, but as I have been to many of these places in the past I like to think I have a rough idea of their standards already, that being said, for the sake of this review, I have visited them all one last time to refresh my memory.
There was a time when Mill Road was loaded with many traditional and British Indian establishments. Sadly as time has passed, and like the pubs in Cambridge, they have all dried up. Now we are left with only four  restaurants.
The Golden Curry, the newly refurbished Golden Curry.
The Curry Queen, a traditional gem which hasn’t changed in years.
The Kohinoor, a cosy and traditional Indian restaurant well known for its many promotions in the window and beautiful interior decorations,
and finally the new kid on the block, Prana.

As you can see from our previous reviews on this blog, we have gone into much more details about each establishment in full reviews. Today we shall be simply summarising them so we can help steer you in the right direction. In some respects the rankings might be redundant.

Links have been provided below to each full review for more detail if you need to understand why I reached the conclusion I did.

We will start with the place with the lowest score. This obviously is a hard decision as we enjoyed all the places we ate at.
We thought about this long and hard, and though we ended up deciding which ones we preferred over others, it doesn’t necessarily mean they are miles apart. 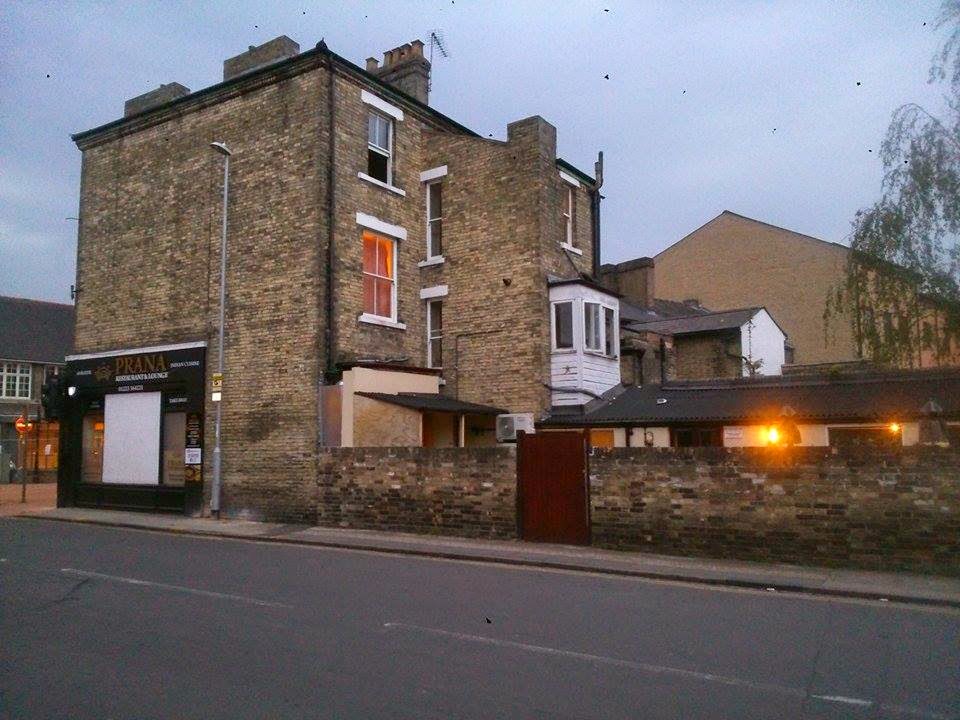 Though we really liked Prana in many ways, there were several things which really let itself down.

We couldn’t forgive the ridiculous beer prices here.
Though the rest of the menu was reasonably priced itself, none of the beer that was available were on tap.  Not only that, but it was all bottles only, which came to a whopping £6 for little over a pint (660ml), and £3 for a small bottle (330ml).

Being located almost completely in a basement isn’t necessarily a bad thing if done right, but while dining in here you really felt like you were eating in someones basement. It had poor acoustics and lighting with the decoration feeling very amateur. The waiter would disappear up two sets of stairs for quite a long time which made getting his attention or service quite difficult.

It wasn’t all bad though! Prana does a mean curry and a decent saag aloo. All their pappadums and sides were excellent also. They like to make things hot and stick to the more, and I quote, “old school” way of cooking. This is really appreciated as I get really tired of ordering a so called “hot curry” and end up getting it mild, so Prana deserve credit here.

Their service is incredibly friendly, especially the older gentleman who can often be found sitting up stairs near the entrance. It was just hard to get anyone’s attention while you were sat in the catacombs of the restaurant on your own.

If you simply want a decent meal without any consideration for surroundings (or just want a take away?), this might be your place. Just be careful when ordering a beer! 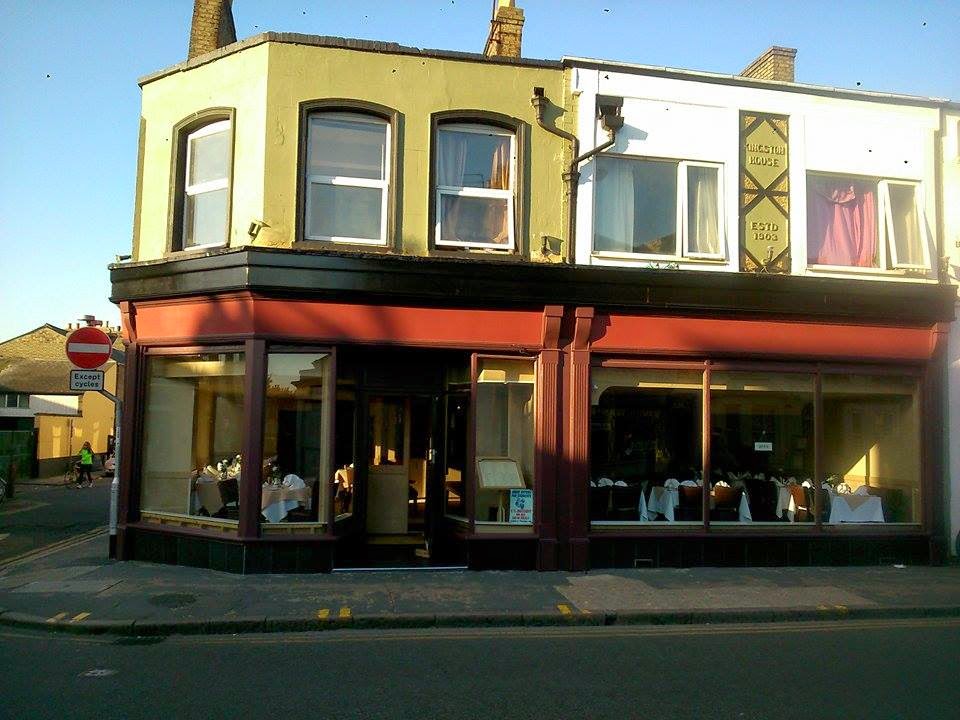 Choosing between this and Prana was incredibly hard as they were mirror opposites. We had to give the Golden Curry the benefit of the doubt here as we went about a week after the reopening. Its main sign wasn’t up yet, neither was most of its interior. They also hadn’t had a chance to install the misty effect on the windows to give us privacy from the public outside as its on a very busy street. A lot of this has been sorted now and the place looks decent.

Unlike Prana, the Golden Curry served up an incredibly mild vindaloo and madras when visiting, though the meal itself tasted quite nice. Also, unlike Prana they have a lovely seating area which looks out on to the ever interesting Mill Road, which is great for people watching and letting the world go by as you eat…(No being seated in a basement here!)

So in a way the Golden Curry and Prana are polar opposites, offering two very different experiences. If you want a good hot curry and nothing else, than Prana might be for you, but Golden Curry offers a much more pleasant, open and lighter dining area.

The Golden Curry also gets points for supplying us with a decent hot towel and a shot of Baileys after the meal. This, along with the restaurants new look (and their beautiful fish tank) puts it just over the edge of Prana. 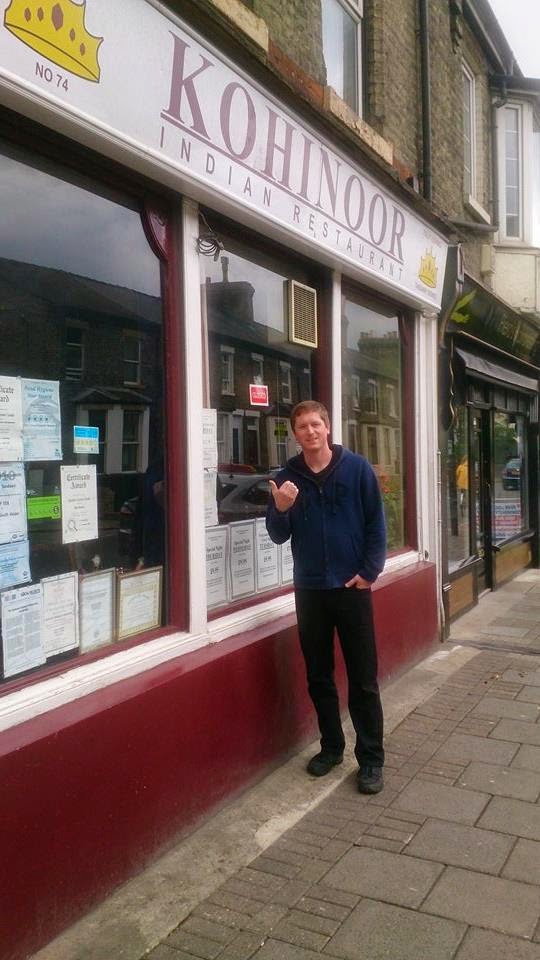 Kohinoor stood out above the previous two, though choosing between this and the no1 was still quite easy. The Kohinoor offered a beautiful experience with incredible interior and exterior decorations which really made you feel like you were eating at a traditional Indian restaurant. The beautiful blue walls, furniture, and the lovely looking bar really felt cosy and the plants made it feel a bit homelier.
This coupled with the brilliant value promotions and general low prices on the menu means anyone can afford to dine here and still experience an authentic atmosphere.

They didn’t get everything right however, the lack of online presence means that the numerous different opening times and phone numbers found on third party sites made organising a meal quite difficult.

The food was generally very nice, though sometimes inconsistent, which was what let it down a little.

For example…
They served us delicious dishes of rice but they were quite small portions.
The curry had a great flavour but it was very mild.
The service was fast but the gentleman was a little quiet and distant.
The pappadum sides were all varied from a poor onion salad, to an average mango chutney, to a divine lime pickle.

So a mixed bag.

The two of us spent just over £20 and we got an incredible amount of decent food. Much more than we would usually order.
The naan was very good, the yoghurt was some of the best I had ever had and their rice was sublime.
Its just a shame they missed a few important things, this was probably related to the value they offer, as they had to scrimp on certain things to make it competitive. Its also worth noting that things like hot towels after your meal and mints were also not included, this might be a big deal for some people but didn’t bother me considering how cheap it was.

Again, like I stated at the top of my review, it depends on what YOU want.

My last review of the Kohinoor was incredibly similar in criticism which were brought up by fellow Curry Crew reviewer Edmund, so I am fairly certain that this was a fair judgement.

“If you are looking for good value then the Kohinoor is your place, even without the promotions. Its beauty and style is unparalleled by anywhere in Cambridge” 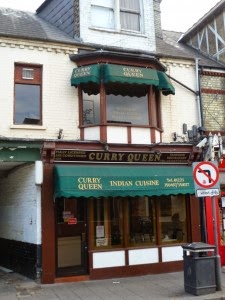 Yes, though the Curry Queen didn’t quite offer the value of the Kohinoor or a shot at the end of the meal and some fancy fish tank like Golden Curry, my fellow reviewer and I both agreed that this place got everything right. Don’t get me wrong, not everything was perfect, but everything was at least done well.

The Curry Queen from the outside doesn’t look much. If you walk past and look in you will probably think the interior looks very bland, but once you walk in you notice that it is a very fine and classy establishment.

There was very little to be disappointed with here. We sat there scratching our heads to try and pick a few things out to criticise and the best we could think up was that the two gentleman serving us were in street clothes rather being being dressed smart. Thats it!
This could even be dismissed due to their overly warm, chatty and friendly nature which really made you feel welcome and want to come back so really we really struggled to find fault.

The food we ordered was all to a high standard. The curries had a kick and the sides had a lovely flavour and texture. The beer was on tap, tasty and ice cold. Our pappadums were equipped with a selection of perfectly cut onion salad, a very sweet mango chutney (which wasn’t too lumpy), and a divine lime pickle.
We were handed a proper hot towel at the end of our meal and a decent chocolate.

The bill came to about standard and we left feeling like we had a decent meal. When we left, the two gentlemen in the restaurant both came to shake our hands, say goodbye and open the door for us.
From my experience, the Curry Queen always offers this consistency of quality and I have never had a bad meal here.
I am not alone in thinking this either. Many of my friends from the Mill Road/Romsey area generally agree that Curry Queen is their favourite or most regular establishment for Indian cuisine.

So the Curry Queen truly is “The King Of Mill Road”

“The Curry Queen truly is a restaurant of substance over flashy gimmicks and style.”