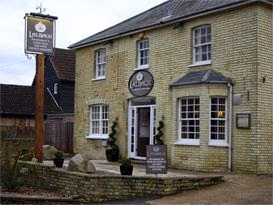 The Cambridge Curry Crew had the pleasure of Lalbagh in Bourn a few months back. It was the first CCC event in a while so we thought we would go with a place which has had a lot of buzz and positive praise from nearly everyone I talk too.
Its quite a pain to find if you aren’t aware of the villages in the area. Coming off the A428 was disorientating and a real pain to find in the dark. That being said, driving through the village the place is incredibly hard to miss. There is a decent amount free parking around the side.
The restaurant is a traditional old English building on the outside which could be mistaken for a pub, though once you get inside you are greeted by a very modern restaurant. 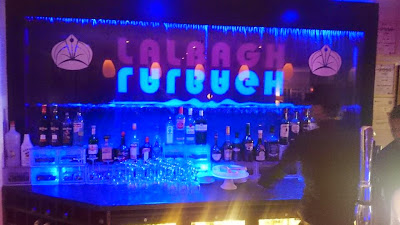 The first thing you notice about the modern interior is the fountain sign behind the bar. Similar to the one you see in the Curry Palace in Cottenham. Not only that but they have a damn fine selection of on tap Indian beer including Kingfisher, Cobra and Mongoose.
Sadly though, these beers come to well over £4 each which is something I cannot forgive. 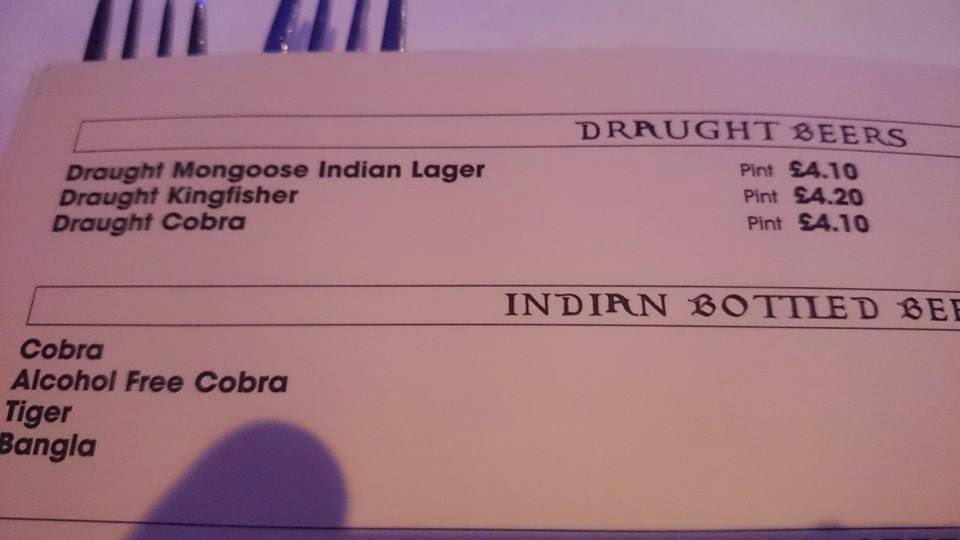 Naughty naughty.
We were greeted by incredibly friendly staff who seated us in the corner of the room. The table was decorated with these modern lights which change colours or set to different mood lighting. They were quite a novel idea and added a certain atmosphere to the evening. 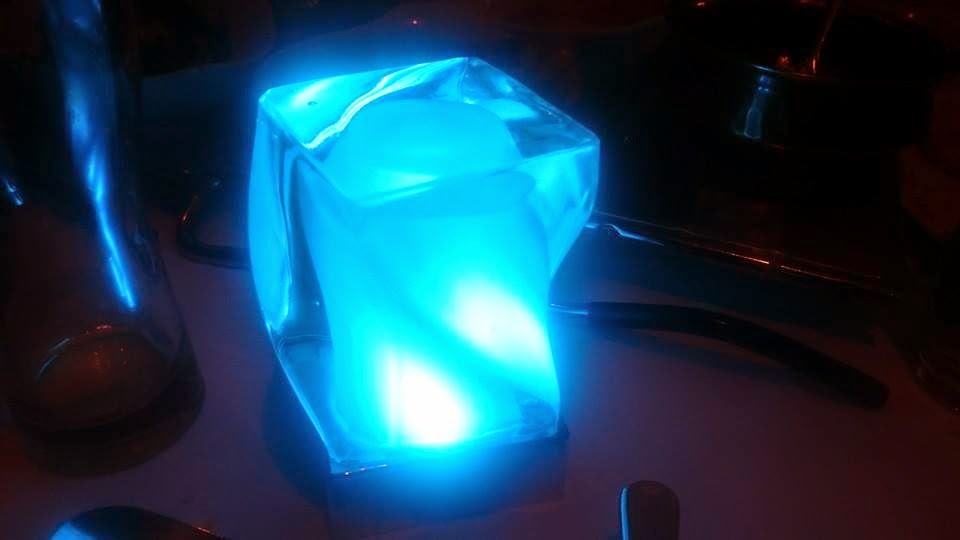 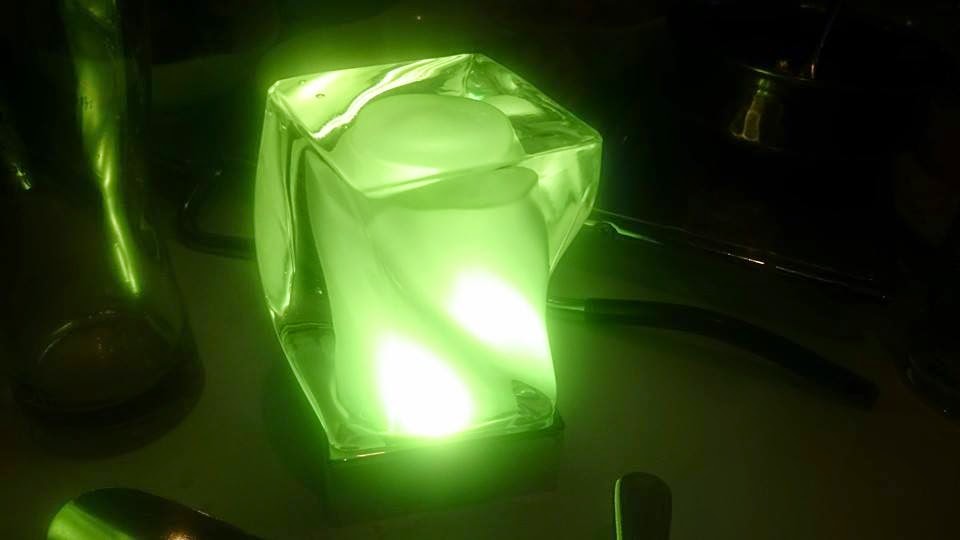 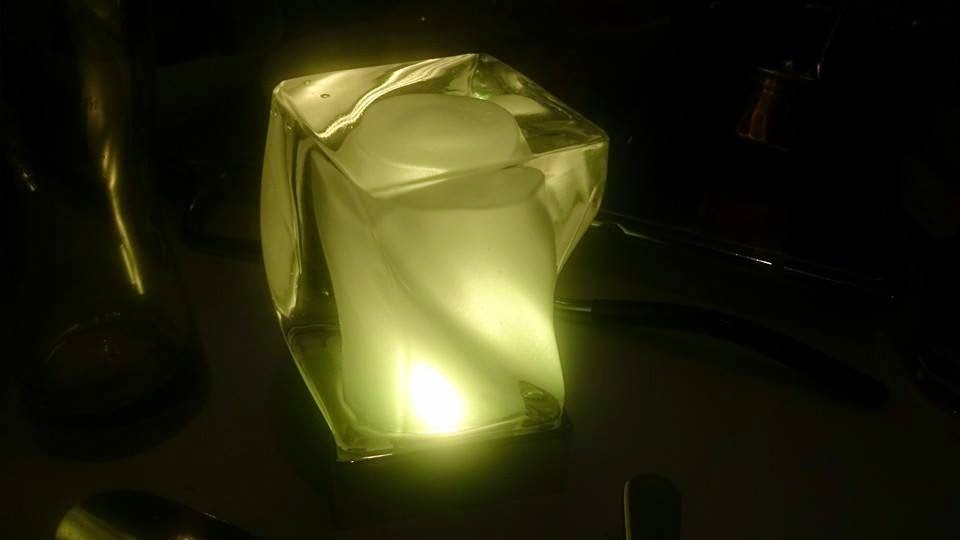 Ta da!
The one thing I noticed about Lalbagh by looking at the menu was the sensational selection of transitional Indian cuisine rather than the more British Indian curries you often see at a lot of places. Granted, there were curries available too but there were so many things I wanted to try for the first time. I could have spent a lot of money there!
The restaurant is particularly proud of their sea bass, which, and I quote from one of the waiters there,”if you don’t
enjoy, you eat for free”. Quite a statement i’d say! 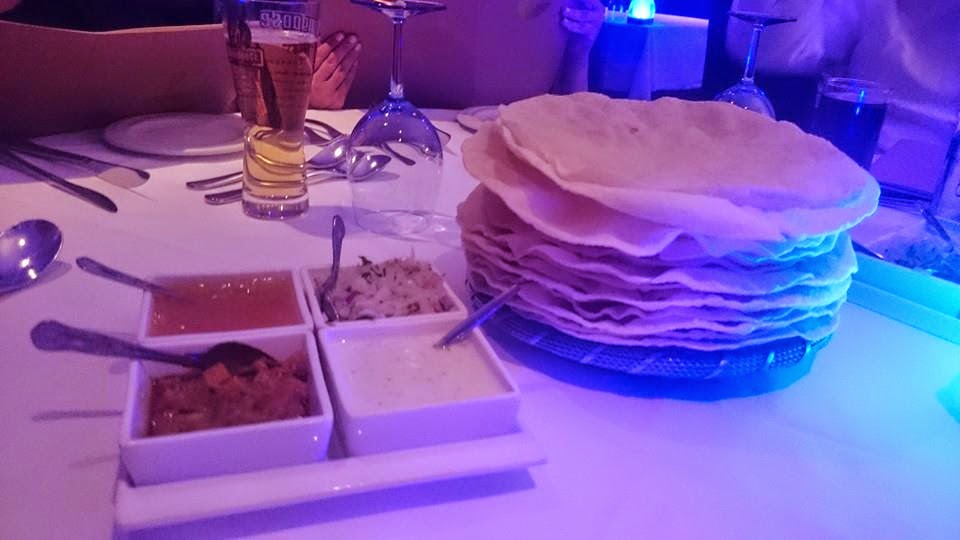 We ordered a lot of poppadoms, as you can see from the picture above. Sadly they gave us poor portions of sauces, but they were all incredibly well prepared. The mango chutney especially was divine. They only gave us two amounts of the 4 sauces between the 12 people who were there, which made the portions seem even smaller, so we ran out incredibly quickly. The poppadoms themselves were of decent quality. 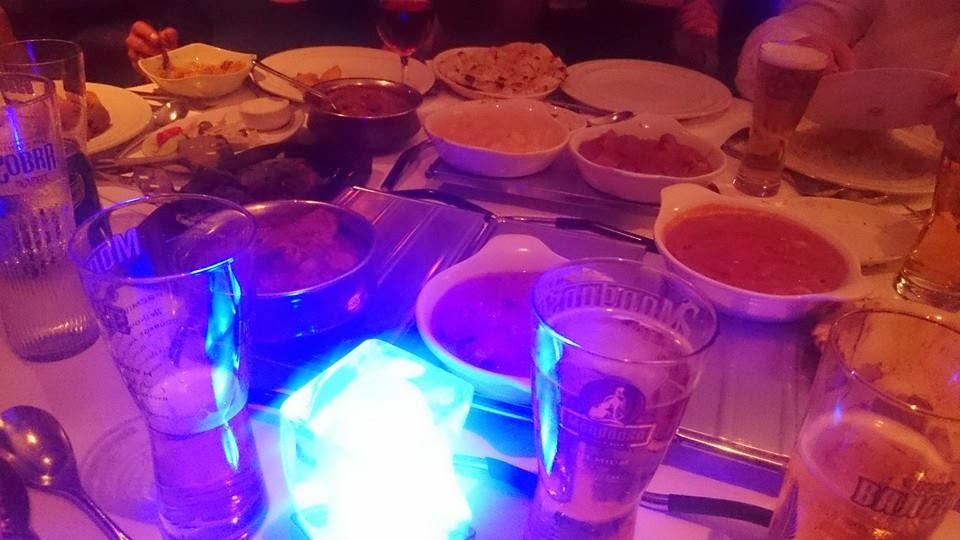 As you can see, the light added a real atmosphere.
I ended up being quite boring and ordered a chicken tikka vindaloo with rice and naan. Yes yes, I know. I wasted an opportunity to try something new at a restaurant with such a fine selection. I will be coming back here soon to try their famous sea bass in the future, don’t worry!
I order the same dish  when reviewing a new restaurant so I can judge them all by the same standard, something I now have stopped doing.
The service was friendly and reasonably fast considering how busy it was and how many people they had to deal with. The curry itself was not the best I have had but by no means bad. I can respect that this is a place which specialises on Indian cuisine rather than slopping out plates full of spicy curry so I have kept that in mind.
The rice was executed perfectly and the naan had the perfect texture and taste. No faults there. 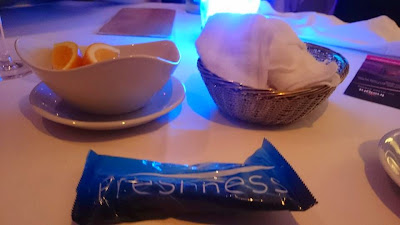 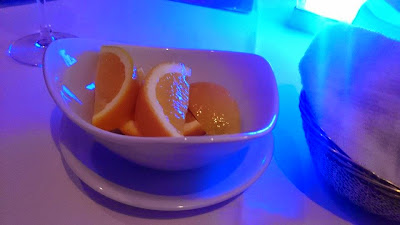 Once we were done we were all presented with a hot towel (as you would expect!), some crackers and some oranges. This was a nice and unusual change (and incredibly welcome after a vindaloo). At least I can come back and say I had at least one of my five a day! 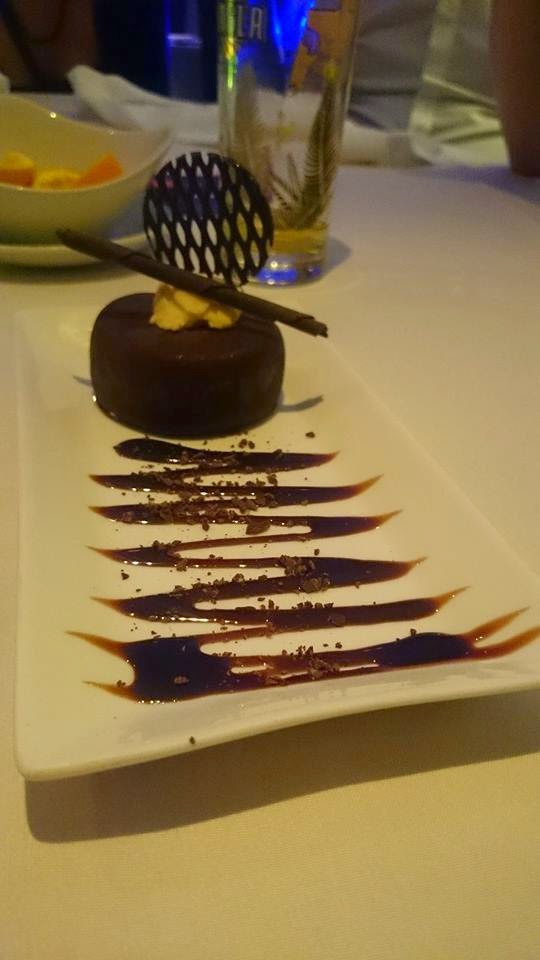 Classy!
Some of us decided to order desert. This was easily the best part of the meal, their deserts (in which I tried three) were all absolutely incredible. The taste, texture and presentation was incredibly well put together. I do not usually have desert when eating out but I am certainly be having it the next time I come back here. I couldn’t recommend it enough!
Once we were finished we were presented with the bill, which was a little over what you’d expect but I couldn’t help feel that I hadn’t really tested Lalbagh to its full potential. I really want to come back and try some of its specialist dishes until I give it a proper rating.
Classy, modern and a very decent selection on the menu. Not to mention deserts unparalleled anywhere I have tried before. Just be prepared to pay a little extra and the place is a bugger to find!