Skip to content
Cafe Naz is the sister restaurant to the Brick Lane Cafe Naz in London. It is located on Castle Street and is one of the few modern style Indians which seem to be dominating the Indian restaurant scene these days. 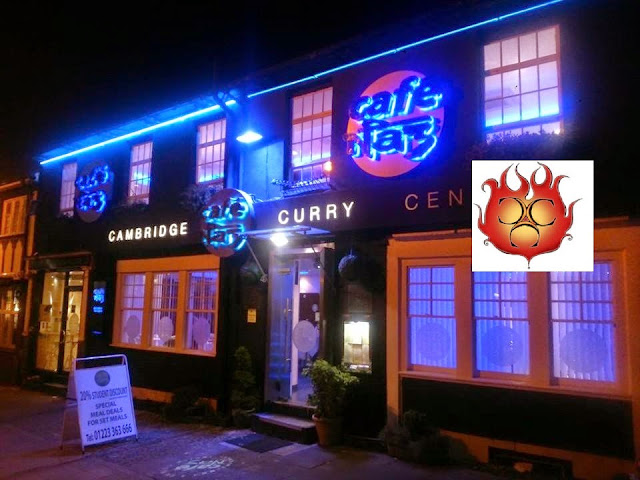 Our very own taste of Brick Lane in Cambridge.
Its hard to miss, being completely painted from head to toe in black. At night it is brilliantly lit up with blue neon lights which is quite a sight to behold. It has a large glass door on entry and black slate floors which really give it a premium feel inside and out. It is incredibly large, being two floors, and very spacious, so is easily able to hold numerous large parties at once.
Its quite well known for occasionally experimenting with dishes as well as keeping with the traditional Indian cuisine. It has a buffet menu on 6 days a week with 15 items to choose from at a cost of £6.95.
It may have a much smaller selection of food on the buffet compared to Moza or the A10 buffet in Stretham but its quality is much better. So for £6.95 you really cant complain when others in the city are over double that!

I have been here many many times over the years, especially in my early twenties, so it has grown to be one of my favourites in the city. It has seen me through times of hardships as well as the good times, its also nursed me through hangover after parties and been the venue of the odd date or two. It seems to have something to offer nearly everyone at any time, with quality, value and style all wrapped up in to one. 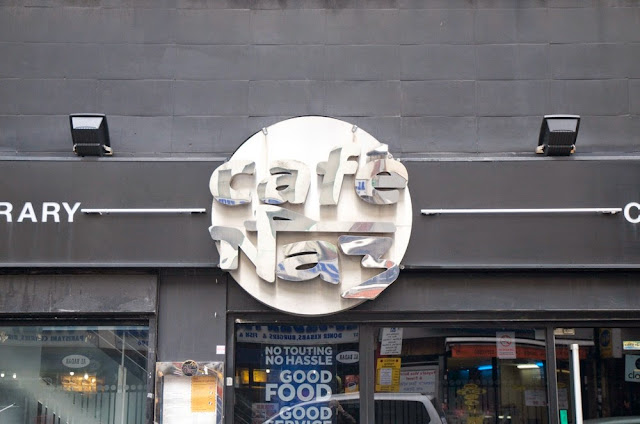 To celebrate a good friends birthday a while back we decided to go for a visit.  When we entered we were seated immediately and offered a selection of poppadoms.
We were offered the normal selection of four sides. Mango chutney, lime pickle, onion salad and yogurt. The sides were served in white china and all tasted very nice.
We noticed that the menu was slightly steeper than usual (and I bet a lot more expensive than its Brick Lane restaurant).  A curry was over £7, so I was really expecting high quality food here. I wont be marking them down as expensive as they have the buffet for only £6.95, which I have had many times before and is incredible quality for its price. The option was there for me to have a bargain but I decided to go up market, which is great to have the choice. A lot of places are either a buffet or a general restaurant.
Cafe Naz is both!
They had Kingfisher on tap, which was great as its my favourite Indian beer and my favourite way of having it. It wasnt too expensive either which made it taste extra sweet. 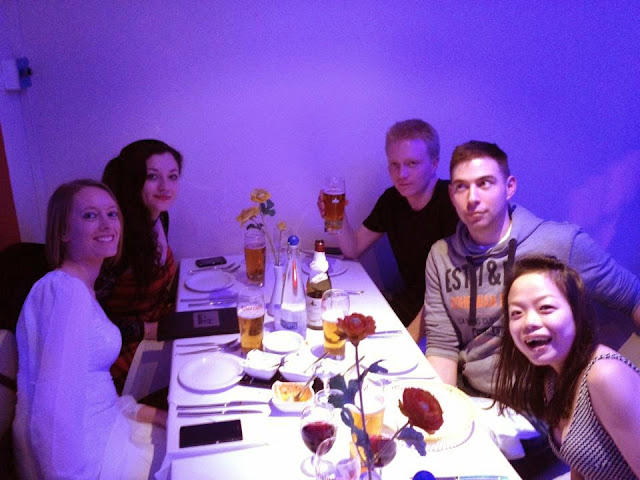 I went for my usual chicken tikka vindaloo with rice and saag aloo. The gentleman serving us was incredibly chatty and friendly, he even verged on cheeky in a light hearted way. They really made you feel like you were part of the restaurant with banter and a genuine warm welcome.
The food took quite a while to get out to us. It was a Saturday night, and the place did start to get busier as time went on. We noticed people who had arrived after us were getting food before we were. Moments before we decided to complain our food arrived.
I say this now, we were NOT disappointed. The food was excellent. My chicken tikka vindaloo nearly blew my socks off. It even managed to give me the hiccups, which is a sign of a real hot curry. This is exactly how a vindaloo should be! Not only that but it had that great vindaloo taste, the chicken just fell apart too which really made my evening. 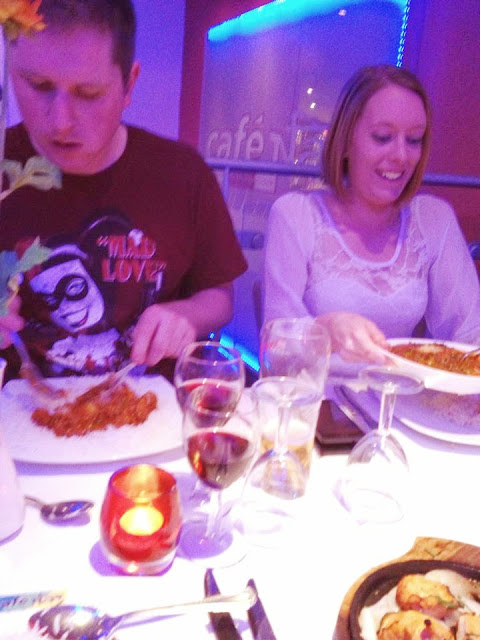 Getting stuck straight in!

The rice portions were average but a good size. Two friends split their rice portion and still had enough for both. My other friend had an absolutely mouth watering chicken tikka dish which I kept thinking about weeks after. It looked so thick, juicy and delicious. You could see the flavour from across the table. How often do you feel like that about a piece of food? 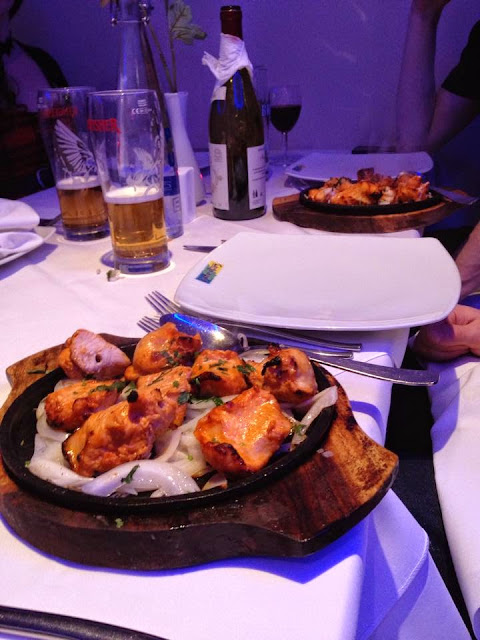 You know you want it!
Eventually after much  perseverance I managed to finish off my incredibly hot curry and jug down my Kingfisher. Everyone was enjoying the modern atmosphere of the restaurant and the fine cuisine. We even had a friend with us that night who wasn’t too keen on Indian food on arrival, after the meal she had been “turned” in to a curry fiend. She was ordering Indian take away the very next week.
Has your local Indian turned anyone before?
We were offered a hot towel, as is to be expected (for all you Indian restaurant managers out there reading this). It was really needed too because by this point I was sweating buckets. We were offered mints and chocolates after our meal, but no Baileys shot or aniseed sweets.
Our bill was a little more than we liked.  Not a single person complained as we all knew that the meal was definitely worth it. We were left with spirits high and a good time was had by all.
The best thing of all was that being on Castle Street, we knew it was all down hill to the pubs and bars after! Which was just as well, because we were stuffed!
This restaurant has it all. I would say the meal was Brick Lane quality, I just wish it was of the same Brick Lane competitiveness. The atmosphere is brilliant and the place feels incredibly modern and classy. Absolutely perfect for a party.
5/5