Skip to content
It seems that no matter how many Indian restaurants I manage to try these days there are always many more which seem pop up and make it on to my list. It’s a never ending journey with over 9000 Indian, Bangladeshi, or Pakistani establishments in the UK. I have to face facts, I will never get to try them all – but I do want to try the best!
The more I learn, experience and write about Indian food, the more places I keep hearing about that I simply must try! Here are some of the top places in my list which I am absolutely ITCHING to get stuck in too!
The Regency Club – London. 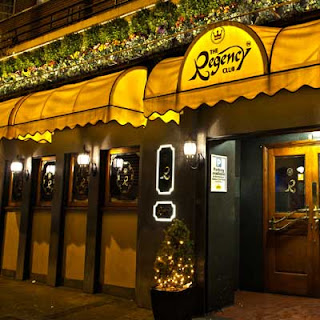 Open since 1991, this family run business has been around for over 20 years and has a absolutely sterling reputation from everyone I know. Located in the heart of Queensbury, this place is a little awkward to get too on the public transport line from Cambridge, so it has put me off many times when places like Brick Lane are just on the other end of the train line (criminal, I know!), but I shall be breaking that bad habit soon with a table already booked for my 30th birthday next week!
Watch this space!
Why? As well as being very modern, traditional and classy, the place is just a very exciting concept as a whole. They fuse Kenyan cooking with Indian cuisine which makes The Regency Club a little different. They even make their own Pilsner which is something I have been longing to try for some time now! All their meat and poultry is marinaded for 24 hours and cooked in an open kitchen you can see from your own table for that added excitement and reassurance.
Dishoom’s – Kings Cross/Shoreditch. 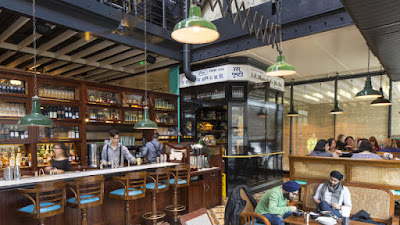 When I am told I cant have something, I want it more!
That has always been the way I have been since the day I was born! While catching up with an old friend a few months ago she suggested that we try this new place just off Kings Cross Station called Dishoom’s. Upon entering we were turned away due to a huge queue outside.
That will teach us for not booking ahead!
Upon reading further about this place it seems that this was not just another Indian restaurant conveniently located next to a famous transport hub but also a very respected Indian restaurant with rave reviews everywhere I read, which explains the queues outside (way to rub salt in the wound, huh?).
Why? Other than being told I couldn’t eat here, the place just seems to come across well in every single review I have read. They seem to be reviving an old Irani/Bombay cafe style which has long gone these days and set it out in a very modern and open plan London style restaurant. The place may not be as cheap as the usual “Slop-in-a-bucket” Indian you find down say, Brick Lane, but that just adds to the modern class of the place and just another reason why I must try it!
The Curry Mile – Manchester 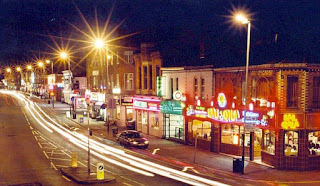 Yes, though not a singular Indian restaurant in itself, “The Curry Mile” has long been at the top of my list in places to experience for some time. Heck, I have only just began to explore Brick Lane, which is just down the road from me, so getting my butt up to Manchester has again been one of those places which has eluded me.
Why? Row after row after row of none stop, Indian, Bangladeshi and Pakistani restaurants…for a mile! (apparently!). The choice, diversity and sheer atmosphere of this place is staggering. There are going to be so many interesting, unusual and out right sensational places to experience, with awards, reputations and institutions every where I turn!
I am going to need to take a week off and stay up there and eat nothing but Indian food for breakfast, lunch and dinner to fully appreciate this place! Anyone up for sharing a hotel room with me? Didn’t think so!
Tayyabs – Whitechapel 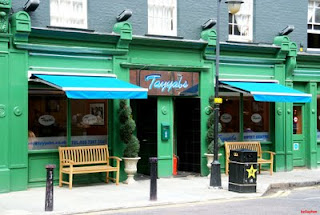 This is the only place on the list which I have already been too.

Rated by The Guardian as one of the best places to eat in the WHOLE OF LONDON. Quite a statement!

I was here like a shot when I first found out about this place. Popular for not only for its good quality, but also for its phenomenally cheap prices – with things like sheek kebabs for under £1!!!
I can see why there is always huge queue going all the way down the street every night with deals like that!

My experience was quite different however. I found the many many reviews, all singing its praises, and the queues of people going down the street, with the numerous recommendations from friends on the Cambridge Curry Crew Facebook group were…over hyped?

The interior was ugly, the staff were constantly rushed off their feet and there was no customer service to speak of. Getting hold of anyone took bloody ages, and when you finally did, it felt like a massive bother for them. Granted the grilled food was great (and for a fantastic price) but that’s where it ended. Anything off the grill menu was average at best.
I can see why this place is so popular. A lot of people only think of good food and value, but for me, in order to get this manic hype and the reputation it has, it needs the full package. Tayyabs simply lacked in so many key areas for me that it certainly didn’t deserve the crown of being “one of the best restaurants in London”, which is one hell of a bold statement as it is!
Why? I keep telling myself that maybe I went on an off night. Perhaps I missed something, maybe I got it wrong?  All I know is that I am flying in the face of a lot of opinions…I need to check Tayyabs out again!
Bradford – The Curry Capital Of Britain (again!)
So many people laugh at me when I say that I am itching to spend a weekend up in Bradford (especially my friends from Leeds!). However, they do not see the place like I do – through the eyes of a curry fiend!
Why? Bradford has won the Curry Capital Of Britain 4 times now. So for me, that is simply a must – The end.
Like “The Curry Mile” in Manchester, I am going to have to spend a good long time up there to even scratch the surface of this place with so much choice. Imagine the gems I am going to find while exploring this place?
Choice, diversity and value. Its going to have it all! What else is there to say?
Cinnamon – Brick Lane. 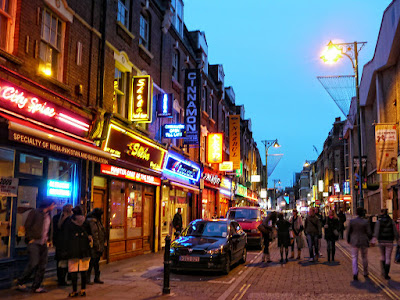 Brick Lane is still an unfinished job for me. Ever since Liverpool Street Station has lowered its prices from Cambridge (£6-8 each way if you book in advance), I have been coming here a whole lot more lately. All I have to do is jump on the train and boom, Brick Lane is ten minutes away.
It seems like a never ending journey for me as the more times I go down Brick Lane, there more places I spot that I “MUST TRY!”. Cinnamon now being one of them.
Why? Cinnamon for me has always jumped out from the rest, especially after my nasty shock in Sheba the other night (£40+ for two people? Oww!). Cinnamon offer fantastic set menus for only £8.50 and seem to have a decent and consistent reputation. This often resonates with me as one of my favourite things about Indian restaurants is that they offer fantastic service and brilliant food for a much cheaper price than, say, Chinese.
They have won Best In Brick Lane 2013 from Tripadvisor but have also won praise from Tandoori Magazine, claiming their lemon grass chicken is “the best they have ever tasted”, not to mention nods from Michelin rated Chefs and the Cobra Food Guide. So a nice healthy mix of diverse praise and opinions there which reassures me I will be getting quality and value at a convenient location. 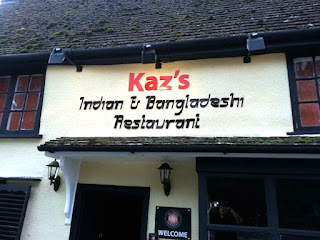 Back in the days when I briefly lived in Sawston I used to dine here all the time. Back when it was Redfort Garden they offered a fantastic customer service and always did a blinding vindaloo. The place looked incredibly dated back then which let the restaurant down. Things have changed however!

Redfort Gardens is now Kaz’s Indian Restaurant and has gone under huge modernisation, they have even decided to show rival Indian restaurants in the country how it is done with this unique quote on their website.

“There are thousands of ‘Indian’ restaurants in the UK, many run by Bangladeshi expatriates serving traditional ‘Curry’. However, that word is almost as misleading as the term ‘Chop Suey’ was to Chinese cuisine!
We wish to correct that misnomer, with a single minded vision of creating an exotic restaurant, delivering high quality cuisine, with some of our KAZ special dishes, having never been served in Cambridgeshire before.”

Why: Quite a bold and confident attitude from a small village Indian restaurant. For me this intrigues me and I really want to see what all this is about. Coupled with my already fond memories of Redfort Gardens, this makes the place very desirable for me!

The place has had some popular feed back from friends in Sawston and from The Cambridge Curry Crew Facebook group too, which adds fuel to my desires. Not to mention that Kaz’s is one of the very few Indian restaurants I have yet to try in Cambridgeshire.

I hope you enjoyed my list. Have I missed any out which you feel deserve to be on my list? Please, let me know!
Thanks for reading!